So I’ve had some experience using sliders for dslr.  For those unfamiliar, it’s exactly what it sounds like. 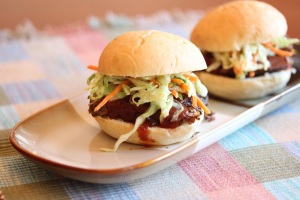 Unless you have food on the brain, then no.

I’ve used a professional one for music video shoots as well as weddings and I immediately realized, “Oh, this is just two rods that a camera can slide across.”   Okay, it may be more complex then that, but the truth is, you can sometimes build one for cheaper then buying one.

I built one out of Lego.

Back in elementary school when I lived in Wisconsin; I built things with Lego DAILY.  The reason is because A.  I was a creative child and B.  What else is there to do in Wisconsin?

Every Friday was “Show and Tell.”  Our teacher must have assumed we were crazy ambitious 3rd graders.  I would come in each Friday with a new Lego construction to wow my cheese loving friends.  From the Power Ranger’s Zords… 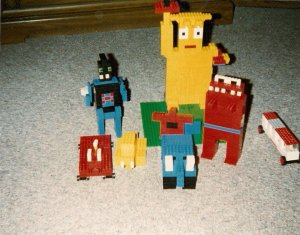 …and Statue of Liberty for some reason.

…to the White House. 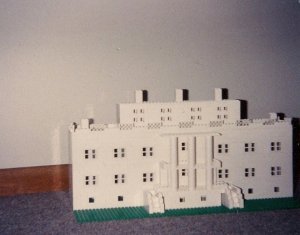 I was a child that loved historical structures, I guess.

to a lifesize R2D2

So yeah, my family is rolling in Lego.  Is that something to be proud of?  No one ever says, “Hey, I’m swimming in Lego.”  Mainly because, to do so, would result in very sore feet.

Anyways, I built a slider out of Lego and used it during my trip to California earlier this year.  I used it again for a wedding shoot.  It’s pretty rudimentary, but my first attempt.  I’m currently working on a sturdier advanced version with a motor! (because having to slide a camera by hand is obviously too taxing)

Youtube is obviously full of other homemade sliders (most use pvc pipe, but Lego is obviously where it’s at).  Here’s a few Lego sliders I found on the interwebs.  It’s great inspiration for those shooting on a budget and with plenty of bricks lying around. Hopefully I can piece together (see what I did there?) a version to make these others look as terrible as Megablock (for those in the know, Megablock is the archenemy of Lego).

Personally, I trust the build of the last one.  I think he’s a Brit.  They always seem more intelligent.  Damn their dialects.