If you asked me what my favorite movies are I’d probably give you a list of at least ten films, ten being the smallest number I could narrow it down to.  Out of all the many terrible movies out there you’ll find almost as many good ones.  While the ratio is probably something like 5:1, or maybe even worse, there are just so many films that have caused me to laugh, cry, and cringe; so many movies that have kept me at the edge of my seat, kept me covering my eyes in embarrassment, and kept me dreaming of those fantastical worlds they created.  With all of those films that touched my heart in some way or another I can narrow down several directors that have influenced me the most.  A few of which have directed/written/produced (d/w/p) multiple films on my top ten list, and most have several films in my top 50.  That says quite a lot about these masters of cinema.

I know I had to look this guy up to see what all he’s done (thank you IMDB).  Though he may be at the bottom of my top 5 influences, Frank has written, directed, and produced quite a few good flicks.  Some of which are: The Shawshank Redemption (w/d), The Green Mile (d/w/p), and The Majestic (d/p).  He’s also done a few television shows that are noteworthy.  For example: several episodes of The Walking Dead (d/w/p), and an episode of The Shield (d).  I’ve always been a fan of Stephen King, though not as fond of many of the made for TV movies they’ve done starring the writer (he’s a horrible actor…sigh).  What Frank did for The Shawshank Redemption and The Green Mile made them two of the best book-movies I have had the privilege of seeing.  The atmosphere he created in those two films alone gave me chills, and The Green Mile still makes me cry.  I can’t say that any of Stephen’s books have done that for me.  That kind of atmosphere that he creates in his films is something I hope we can bring to future films of Lawngnomedia. 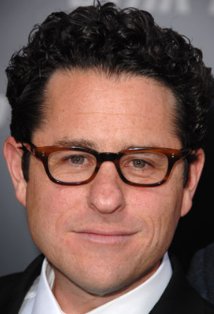 Maybe he’s Superman underneath those glasses, then again maybe not.

Many have heard the name J.J. Abrams.  Whether it’s from Lost or many of the other Primetime Television shows he’s one, he’s a fairly popular guy, but do you know just how much this guy has his fingers into (Star Trek [the movie] Alias, The Office, Fringe, Person of Interest, and the list goes on).  Now, Lost will forever remain one of my favorite television series.  I can’t tell you if it’s because of the rich character development, the format of the episodes (for those of you who’ve never seen Lost it goes something like: flashback from one specific character, current story from the same specific character, flashback, current, flashback…etc. until the audience gains the intended perspective of that character), the differences between the different seasons (time jumps, alternate realities, etc.), the story itself, or the full circle conclusion of the show.  Many of these interesting aspects are things I’d like to incorporate to any future productions.  Especially the character development.  Also, flashbacks are just swell in my opinion. 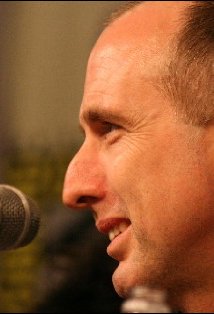 I love The Matrix!  All of them! Though the first is still the best in my opinion (and most just hate the sequels altogether).  The Wachowski Brothers made them along with James Mcteigue, and together they’ve done a great many things.  V for Vendetta anyone? Doesn’t tickle your fancy?  How about SpeedRacer?  Okay, so that last one may just be my “guilty pleasure” flick, but I still love it.  I’ll never forget the first time I saw The Matrix.  I can still recite that movie backwards and forwards.  I fell in love with the crew of the Nebuchadnezzar as they made their journey to “the source.”  How could anyone not love a guy with the power to change anything he wanted?  It was the awe behind it, the power and the mysticism.  Their films have shaken the boundaries between impossible and special effects.  It’s that mystic quality that I hope to bring emulate in our future films. 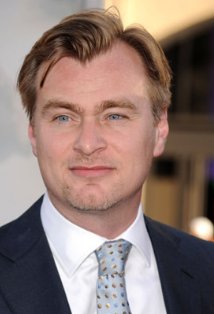 To borrow from MIB: “I make this look good.”

I had a very difficult time deciding between these last two influences, who would take the coveted number 1 spot and who would be stuck with number 2.  Though Christopher Nolan had more films in my top ten movie list than anyone else I gave it to the director of my favorite movie of all time, but I’m getting ahead of myself.  Christopher Nolan has singlehandedly blindsided me more times than any other director.  His dramatic twist endings put M. Night Shyamalan to shame (don’t get me wrong, I loved The Happening…Run away!!! The trees are attacking!!!)  I fell in love with Batman all over again with Batman Begins and The Dark Knight, and I won’t even begin to tell you how excited I am for The Dark Knight Rises and The Man of Steel.  Inception (which unlike his other movies was a premise he created) gives me chills every time I see it (Does the spinning top fall or not???!!!), and I’m still in love with Memento.  With each of these films he succeeds in bringing the characters, stories, and worlds to life like no one I’ve ever seen.  I can’t tell you how many times I dropped the F-bomb on the way to my car after my first viewing of The Prestige (to this day I find myself whispering it to myself after every subsequent viewing).  It’s his mastery over the fantastic, and making the impossible seem like it can be achieved that made me fall in love with him. 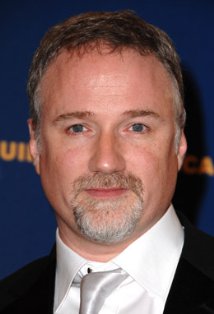 David’s first rule is: you don’t talk about David.

I gave him the top spot because he made my favorite movie EVER!  A little film called Fight Club.  That alone got him here, all the way to the top (or the bottom of this list…whatever…).  He’s also done The Game (great mind-bending thriller from 97 starring Michael Douglas), Seven (or Se7en if you wanna get fancy), Panic Room, Zodiac, The Curious Case of Benjamin Button, and The Social Network to name a few.  If that’s not enough for you he also directed Fight Club…If you’ve ever read the book by Chuck Palahniuk you know how fantastic David Fincher is.   I don’t think I need to say anymore on the subject.

In any case, there are my top 5 influences.  It’s been a long journey but we made it.  We’re finally here, and don’t you feel privileged to know all of that?  You should.