Although I titled this post, “Origin of the Gnome,” I will not be dedicating it to the origin of the gnome. That is what wikipedia is for. Instead, I’m going to talk about why I’ve used gnomes in my previous work and why they suit our branding.

Much like the television shows on Disney, it all started in high school… 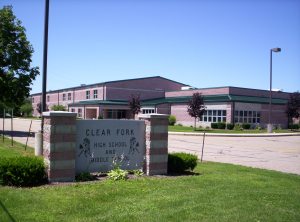 No, our mascot was not a giant utensil.

It was either in my junior or senior year (so long ago), but i was taking a class entitled, “Computer Essentials.”  It was a class meant to teach us the essential programs on the computer to help us with our future lives in cubicles.

Totally an essential. But no really, I don’t even remember what this does.

We were learning the basics of Photoshop. Now, this is well before the CS series. Up until this point, we were only aware of Microsoft Paint. Before class began, I would open up MSpaint and try to draw something awesome. Well, for those that have used Mspaint know, you can’t draw anything worth a damn in that program (except the few that use a combo of a wacom tablet/dark magic). Instead, I would make quick characters out of the basic shapes.

“No–no words. No words to describe it. Poetry! I should have sent a poet…”

These shapes would eventually evolve (I added a beard). As we moved away from Access and other programs that no one uses anymore (Pagemaker anybody?) we focused solely on Photoshop. Rather than create our own works, we were given stock images and told to edit them. The teacher would say something like, “Here’s a famous painting. Now I want you to raise the saturation and reverse the image.” 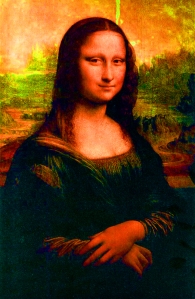 Long story short, I was bored of this class. Actually, that’s not really a long story at all.  I took the class, and it was boring.  So anyways, after destroying countless images with shortcut keys, I would insert my crudely drawn gnome (Larry) into the images and submit them. The teacher was never amused, but whatevs, right? She just didn’t understand true art…

If we don’t look at him, maybe he’ll go away. 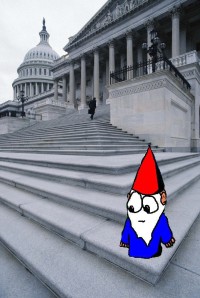 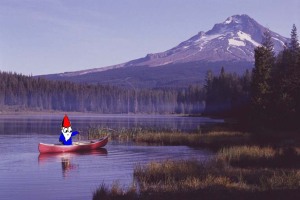 That is not a lawn, silly Larry.

Pretty sure those legs weren’t made for running.

Eventually friends would start giving me lawn gnomes as gifts. Being, “the gnome guy,” isn’t quite a badge of honor, but there’s at least ONE in every high school, right? RIGHT?? I was always striving to be remembered as  the Fonz of Clear Fork, but that didn’t quite pan out.

Eventually, much like I did the onslaught of cat videoson the internet, I decided to just embrace them.

With Lawn Gnomedia, I don’t want others to pigeonhole the type of film/art we make. I don’t want people think we only do comedic work, or only do films that involve squirrels. I decided to brand all my current work using gnomes because they’re versatile. There are so many variations, and they’re often interpreted differently depending on the story being told.

There are silly looking gnomes…

4 thoughts on “Origin of the Gnome”